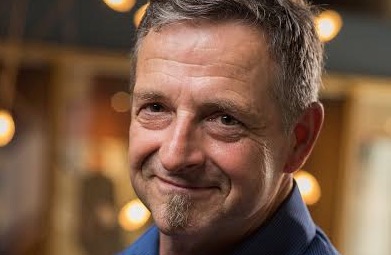 “Michael is an accomplished industry veteran who has been a key player behind the success of Manitoba’s film and television industry for over three decades,” states Bronfman. “We are honoured that he has chosen to serve on our senior management team and we believe that his proven leadership, strong operational background and strategic acumen will be extremely valuable to our company’s future success.”

“I am excited to be joining Comweb/Whites, an industry icon with a tremendous reputation for talent and innovation,” said Drabot. “I look forward to working with Paul and the senior management team in this new role.”

Following an illustrious career as one of Manitoba’s lighting designers/gaffers for over 20 years, Michael joined PS Production Services Ltd. in 1990 as General Manager, PS Prairies, a position he held for a period of 18 years. In 2008, Drabot moved to Toronto where he was called upon to lead PS Toronto as its new VP/General Manager. In that capacity, he refined the strategic direction of the operation, further establishing himself as a national industry leader.

Drabot assumes the role previously held by Steve Morrisson, Whites Winnipeg GM, who has remained at the helm for over 16 years and recently moved to Toronto to spearhead Whites Live Events.

Drabot studied film theory at the University of Manitoba and Psychology at The University of Winnipeg. He also attended the Executive Program at Queen’s School of Business in Kingston, Ontario. 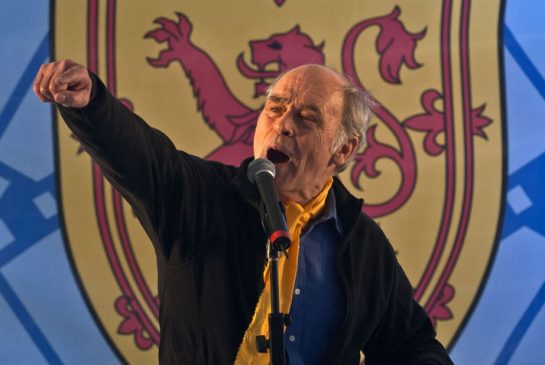 The group that represents Nova Scotia’s film industry says it has given up trying to persuade the province to reverse its decision to scrap a key film tax credit.

Marc Almon, chairman of Screen Nova Scotia, emerged from an emergency meeting Monday with Business Minister Mark Furey to say the industry accepts that a new, $10-million film incentive fund will remain in place even though the industry is shrinking now that the $24-million tax credit is gone.

Last week, Screen Nova Scotia demanded an emergency meeting with Premier Stephen McNeil after two production services companies announced they would be closing their operations in the province.

McNeil rejected the request before he headed to China on Saturday for a trade mission, saying the incentive fund would remain in place and Furey would be meeting with Screen Nova Scotia.

After Monday’s meeting, Almon said the talks were productive, but declined to say what potential solutions the industry group presented to Furey, who agreed to meet with the group again within the next four weeks.

Almon said the biggest issue facing the industry is a lack of business confidence.

He said Furey asked plenty of questions and was open to the industry’s suggestions for change.

“The fact remains that we don’t have much production here and we’re in danger of losing our people, our infrastructure, our resources,” Almon said after the meeting. “That is a very serious concern.”

However, Almon confirmed that his group has accepted that the film tax credit won’t be revived.

“We’re not looking to have that returned,” he said. “We’re trying to move forward.”

Furey said it was disappointing to learn the two production supply companies were shutting down, but he insisted there are plenty of competing firms in Nova Scotia and in other provinces that can supply the industry. However, he rejected the idea that there has been a loss of business confidence.

“The important thing is to recognize that there’s opportunity going forward,” he said.

Furey declined to say what changes were discussed at the meeting, though he made it clear he was eager to continue talking with the industry.

“What’s important here is that we collectively change the discussion and demonstrate that there is an opportunity for a film industry in Nova Scotia and we have the opportunity to attract those businesses.” 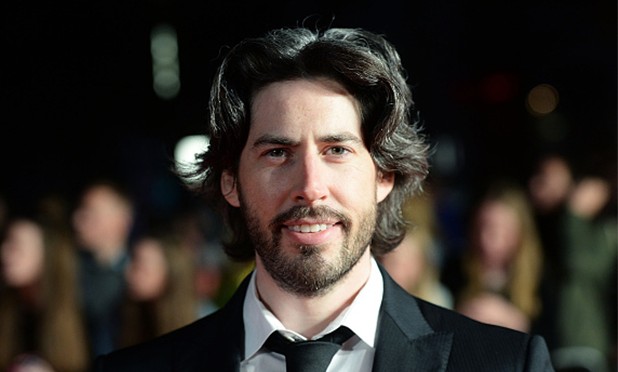 Jason Reitman will direct a live read of “The Princess Bride” at the Toronto International Film Festival.
The four-time Oscar-nominated filmmaker behind “Juno,” “Up in the Air” and “Thank You for Smoking” took to Twitter to make the announcement.

“In 1987, ‘Princess Bride’ won Toronto Film Festival. On Sep 12th, we’re going to pay tribute to that perfect script,” he wrote after teasing the news with one of the most memorable quotes from the Rob Reiner-directed comedy.

No word yet on which actors Reitman will recruit for the event. For previous readings of classic film scripts, the filmmaker booked A-list talent including Bradley Cooper, Jennifer Lawrence, Seth Rogen, Michael Fassbender, Jack Black and Lena Dunham. 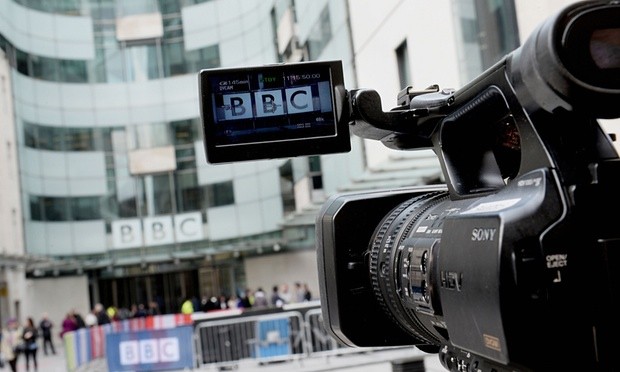 The BBC director general, Tony Hall, has warned that further cuts to the corporation’s funding and remit could result in more than 30,000 job losses across the TV industry.

Speaking ahead of a keynote speech by the culture secretary, John Whittingdale, at the Guardian Edinburgh International TV festival that is expected to be critical of the BBC, Hall said that cuts to licence fee income would result in an economic downturn that would stretch beyond the corporation itself.

“New research shows that, because of the boost the BBC provides, if you cut the licence fee by 25% you’d lose about 32,000 jobs across the whole economy,” said Hall. “These aren’t just jobs at the BBC, but across the TV industry – at independent producers, suppliers and studios up and down the country.”

Whittingdale is carrying out a review of the BBC ahead of charter renewal next year, questioning whether the corporation should continue to try to be “all things to all people” or be given a much narrower focus.

Hall said the BBC had been a breeding ground for creative excellence, citing Tom Hooper, who started out on EastEnders and went on to direct The King’s Speech, and The Theory of Everything director James Marsh, another former BBC employee.

“When series like Game of Thrones are choosing where to film, they know that the UK has the skills to deliver,” he said. “Our research tells us that as much as audiences enjoy the big US blockbusters like House of Cards and Breaking Bad, they also want programmes set in the UK. That’s why British shows like Happy Valley, Luther, Poldark, Sherlock and Broadchurch are so popular and many household names made their breakthrough on BBC shows. Without the BBC’s investment the number of British shows made will fall”.

Hall argued that critics who say the BBC is too big are mistaken, despite the corporation growing from two channels to nine since 1994.

He said the TV landscape had seen channel numbers grow from 61 to 536 over the same period and that the BBC had, in fact, shrunk in relative size compared with its commercial rivals.

“The BBC accounts for a far smaller proportion of television now than it did 20 years ago,” he said. “Globally, we have less than half the revenue of Sky and a sixth of the revenue of Disney”.

Hall said that despite this, the BBC plays a critical role in the “Britishness” of British TV at a time when a new generation of US rivals are emerging.

“As huge American companies such as Amazon, Google and Apple start to make programmes and services of their own, we need to think carefully about what makes British telly special,” he said. “It is all too easy to take [the BBC] for granted, and with the government deciding on the future of the BBC, there is much at stake. A strong BBC also contributes to a strong UK economy. A strong BBC will help deliver a strong Britain”. 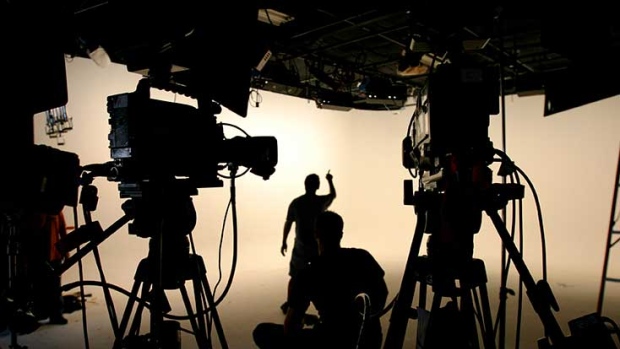 Filmmakers in Nova Scotia have launched a new website to give film producers access to photos and information about the province.

Those behind the project called Film Nova Scotia say it’s all in an effort to promote Nova Scotia as a choice for film television and commercial production.

“There has been no pipeline for international or even national producers to find out information about Nova Scotia, our locations and what’s available,” said Shaun Clarke of Film Nova Scotia.

Clarke said a similar service was previously available before being cut in the last provincial budget, and since then, promotion for the industry has been lacking and they are hurting for productions.

“People are concerned they are not going to be able to make a living in the film business here, so we are hoping to turn that around,” said Clarke

The minister in charge of Nova Scotia Business Inc. – which manages the new film incentive funds – said the past few months have been challenging.

“We are still in a transition period, so there is always room for improvement and that’s what we are working towards,” said Mark Furey.

But Furey insists the film industry is still heavily subsidized – and disagrees that the province isn’t doing enough promotion or that productions are falling.

He said that since the new incentive funds were launched last month, there have been five new applications to film.

“Those numbers are consistent with industry’s work in the past and we anticipate with those applications we will continue to see a strong presence of the film industry in Nova Scotia,” said Furey.

Furey wouldn’t say if the government is working on a similar promotion as “Film Nova Scotia”.

Clarke said film makers had to take action themselves, and the service is vital to keeping the industry alive in the province.

“We just couldn’t wait any longer for them to get up and running and put that in place,” said Clarke.